Sweet Tea Vodka: The Drink of the Future

Friends, I've been holding out on you. 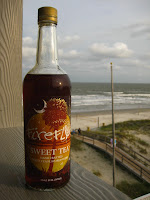 Sweet tea flavored vodka, I learned on a June 2008 visit, is the booze du jour in South Carolina, my home state. It's a huge word of mouth success (much like Fernet in SF), commanding lots of key marketing real estate from bar chalkboards to giant, city center billboards. 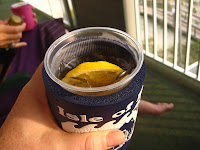 When simply mixed with water and a lemon wedge over ice, this made-in-S.C. miracle tastes just like sweet tea. (Especially if you keep it cold with a coozie.) 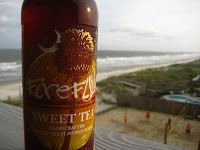 Until the recent (and extremely weird) McDonald's $1 sweet tea campaign of 2008, you couldn't really find sweet tea west of the national line of tea-marcation: a barely perceptible border in West Texas, discovered on an early 90s road trip by a southern friend of a friend. 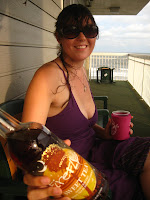 My beautiful cousin Emily, who makes the world a better place not only by just existing but also by teaching underserved children in North Charleston, turned me on to Firefly Sweet Tea Vodka on a recent cousins-only beach trip.

Now, Southerners have gotten a lot of things wrong over the last 300+ years or so, but sweet tea is definitely not one of them: it is a delicious, delicious beverage. Sweet tea vodka, however -- if it were up to the booze hounds of the Bible Belt -- would win a Nobel prize. 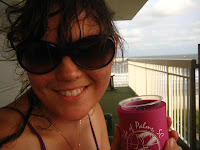 
Since its April 2008 release, Firefly Sweet Tea Vodka has become so popular in the Southeast that some liquor stores in Charleston, South Carolina area regularly find themselves sold out of it. People from other states drive all the way to one of the state's cultural capitals just to buy cases of it to bring home. 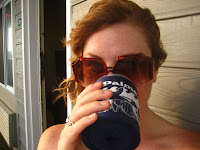 Naturally, I had to try it. 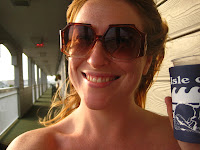 But, I am afraid to say, you can't get it in California -- not yet, anyway.

The product is only approved for distribution so far in South Carolina, Colorado, New York, and Nevada, although Firefly is gradually completing paperwork to allow for its sale throughout the rest of the US, state by state. 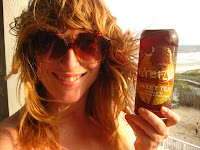 Til then, I'm squirreling away the one bottle I have, sharing only with my sweet tea-loving Southern friends. No offense, y'all.