I've had a heck of a time finding tender, tiny, fresh, light green summer butter beans in the Bay Area. Despite this excellent article on shelling beans in the Chron, I'm still coming up short!

Butter Beans
In the Southeast, butter beans (also called butter peas -- but quite more firm than a green English pea) are everywhere in the summer, in varieties like Dixie Lee, Zipper peas, White Acre peas, and more. They're perfect for making a quick-cooked, one-pot summer succotash. 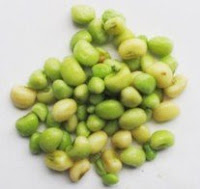 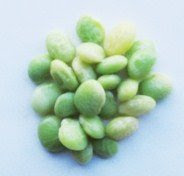 
I took a trip to the Alemany Farmers' market, knowing that Iacopi Farms' large, white Italian butter beans, or other farmers' fresh cranberry, flageolet, or cannellini beans from the Ferry Plaza Farmers' Market would do, ultimately, but I wanted to try and source the little green guys first. 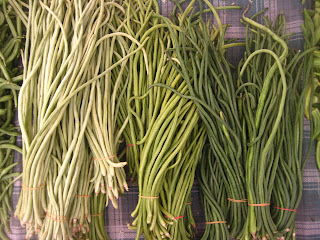 *Those* aren't butter beans. But they're pretty, those Chinese long beans. 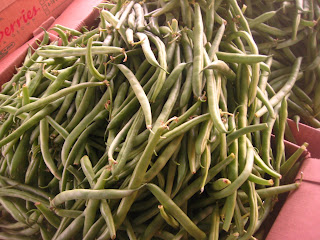 
Not-so-Sufferin' Succotash Recipe
For my favorite succotash, you just throw together an onion/leek/scallion situation, a teensy tidbit of garlic, fresh butter beans (although frozen lima beans and shelled edamame will do the trick!), a ham hock, a little dash of Old Bay or whatever, Worcestershire sauce, a little beef stock (or whatever) sweet corn, and plenty of salt and pepper, basically in that order, then simmer.

I like to make a shrimp stock out of shrimp shells to reduce and add in there, and then I throw in some grilled shrimp too. 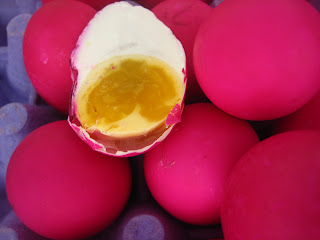 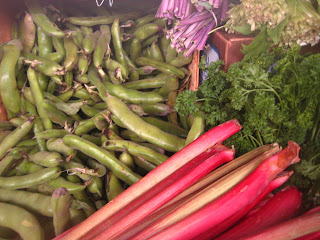 Fava beans! Getting closer. But h*ll if I'm going to shell them AND peel off each individual bean casing. Maybe next spring. 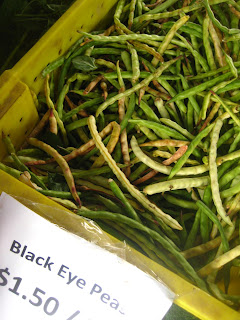 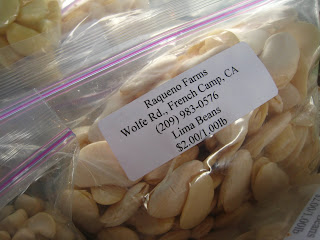 OMG, fresh lima beans! This I have never seen. Scooped those up pronto. 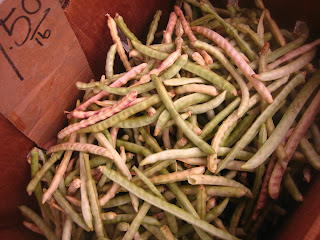 Eureka! Kindof. Crowder peas...the only bin at the entire market. They cook up kindof light brown instead of pale green, and their flavor is closer to a black-eyed pea, but they're firm and fresh and small -- close, at least. 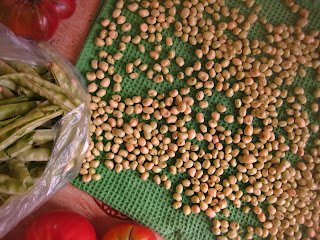 
I couldn't find zip in the freezer sections of any of the usual-suspect grocery stores, large or small, indy or big-box; all I could locate were frozen limas and edamame.

I'll post a photo sometime of my succotash for you, but I keep making it and getting so excited about serving it at whatever little dinner party or brunch happens to be going on that I completely forget to take pictures.


(Or it could be the sweet tea kicking in.)