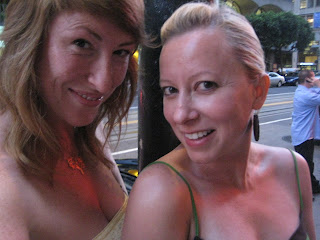 Mary and I love to doll up and dine out. 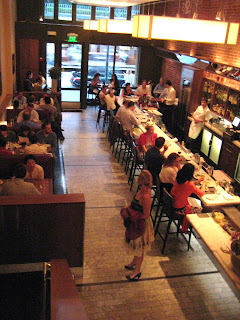 Tonight we hit a Slow Dinner at Perbacco, one of the chic-est, most legit restos in town.

The event? A Slow Food Nation benefit for CUESA, the Center for Urban Education about Sustainable Agriculture. 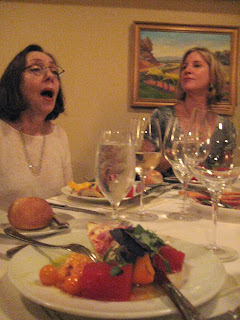 We had the massive luck of sitting with not only Cathy Curtis (right), who programs the foodie events at the Commonwealth Club, but also culinary hero Joyce Goldstein (left), owner of the legendary restaurant Square One and author of six million cookbooks, including the recent all-things-salad tome, Mediterranean Fresh.

She's leading a few seminars and demos quite soon, including one this weekend at Fort Mason and another next Saturday 9.6.08 at Copia. 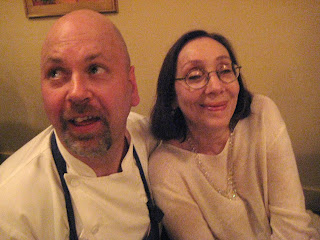 Joyce and Staffan are besssssst fwiends. 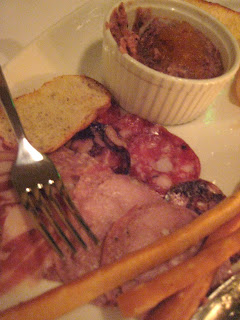 Sal-oooh-mi. That little ramekin of ciccioli there is a pot of pork heaven with a jaunty fruit mustard cap. Like that magically shreddy BBQ pork hash they make in South Carolina (read: everything but the squeal), but more roasty, refined, and served cold with toasts. 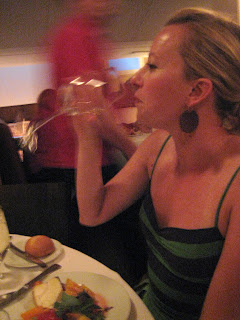 I thought the 2006 Firesteed Oregon pinot gris they were pouring was an Alsatian at first, it was so light and lovely and floral and true.

The 2004 pinot noir from the same Willamette Valley producer went quite perfectly with our Prather Ranch lamb, cooked two ways and served with roasted peach and arugula panzanella. (The panzanella was good, but not the sleeper hit I'd predicted. But it was no contest against that lamb leg and confit shoulder -- they were insane.)

Those Prather dudes really have a serious line on the tender meats.

(All of the Prather meat I've tried is like meat from .)

(If were constructed out of butter.) 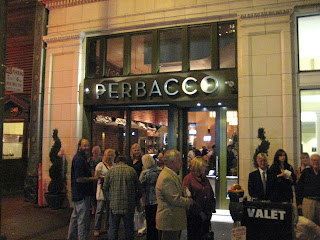 Thanks, Slow Food Nation and Perbacco. I am one seriously privileged lass.


p.s. I am also *so* fired up about Barack Obama's nomination acceptance speech at the DNC in Denver tonight. You can watch it in its 45m entirety at the Huffington Post.