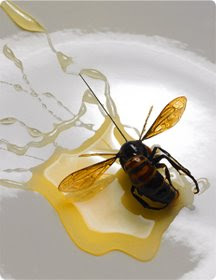 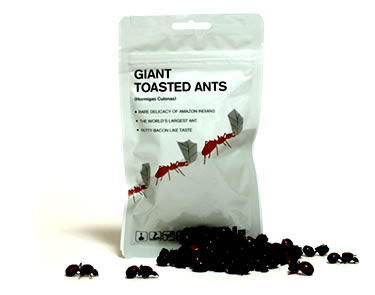 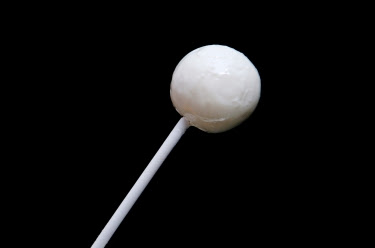 And lollies made of ground-up pearls *might* make passions fly.


There's a place for everything on the internet!

I recently pinged the owner of Edible, a British company that sells all sorts of strange things, including salted mopani worm crisps, toffee scorpion candy, and the notorious civet coffee, which goes for $300+ per pound. (Common Civet Palm Cats eat coffee beans, poop the beans out, and then laugh as humans collect them, roast them and sell them at exorbitant prices.) 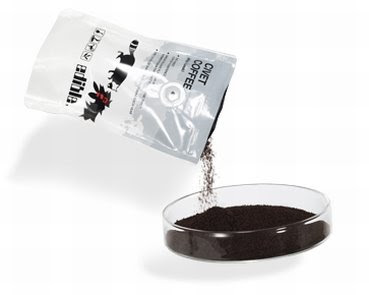 Edible was created in 2000 by Todd Dalton, then a 24 year-old former chef and wildlife conservationist. "In the course of volunteering in various far-flung regions and working with endangered species," notes Dalton, "I saw various indigenous peoples collecting and eating some amazing stuff."

Back in the UK, he whipped up "a slick food brand" with westernized versions of things eaten by hunter-gatherers worldwide, setting up ethical, direct sourcing from rural tribespeoples. Thai curry crickets, reindeer pate, chocolate-covered "big-butt" ants, and the rest of the catalog are handmade in Edible's London production kitchens, and through distribution channels like Selfridges, Harrods and Fortnum & Mason in the UK and beyond, the company has accrued a turnover of $1 million dollars per annum. "The brand ensures the continuation of indigenous peoples' traditional ways of life," says Dalton. "Edible is now looking to increase sales to the USA."

Some adorably forthright, animal-friendly Brits find Dalton's enterprises to be a bit dicey, but I'll be honest: I would definitely drink a cup of that fancy cat poo coffee.

Because I'm a sucker for a good backstory.