After a lot of talk about yacht rock lately, I finally stepped it up and went to see a live show by an icon of the genre: Michael McDonald.

He was billed with Earth, Wind and Fire at the KBLX Soul Festival at the "Sleep Train Pavilion" in Concord. (But officially, that is the last time I'm ever calling it that. It's the Concord Pavilion. Jeez. When did it switch from being the "Chronicle Pavilion" anyway?)

It's only a 40-minute drive, but it really feels like a day trip once you get out into those rolling, golden hills (and tract homes).

I love daycationing. (My friend Kate made that one up. It's a keeper.) 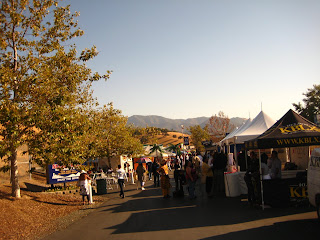 Here's the problem: I hate big arenas. I hate big venues in general. The hassle, the prices, and the draconian security all make me twitch. How was this going to play? 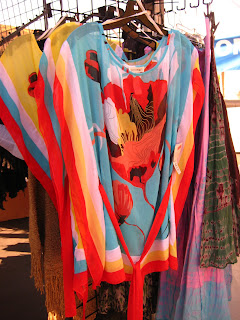 We decided to dive right in. I don't usually shop big festival vendors (as you can imagine from my weensy rant), but my friend Amber has an eagle eye. 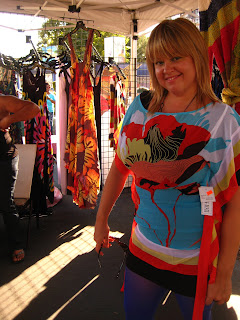 Smack. Like you were just thwacked across the face with a whip made of sass. 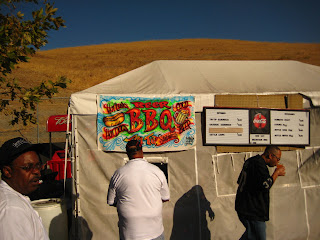 I like to see a little flair in the food offerings at festivals. Tri tip with a full-on sidewalk caller qualifies. I wish you could hear the guy; he was expert. 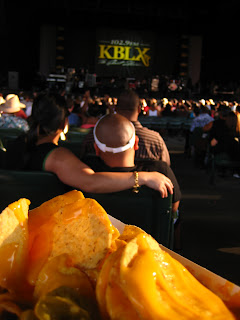 It is nearly impossible for me not to order fake-cheese nachos at an arena-type event. 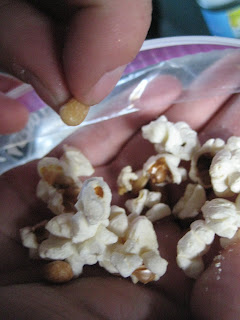 Amber made this insane popcorn using high-dollar olive oil and toasted pine nuts. You kind of have to cherry-pick a pine nut and then pop it in your piehole with a few puffs of popcorn. Worth it.

I brought some nuke-in-bag TJ's green beans sprinkled with salt and shunted into the sandwich cooler with a couple of smoked turkey-Jarlsberg pitas and some of those addictive Lundberg Farms honey dijon rice chips. Not quite as chic but you get the idea: save for the nachos, we're making a solid attempt at health here...

So of *course* we also got a giant fry boat full of chicken fingers and French fries. We're Americans! 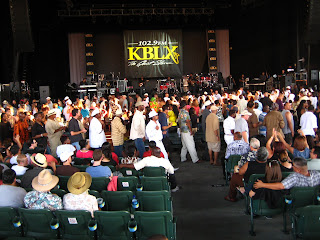 The Highlight of the Whole Outing: Singer Angie Stone, ruling the roost from her secondary support slot, egged dozens and dozens and dozens of male crowd members to come down and strut in a giant circle around the first seating section while chanting "King I Am!" in a call and response fashion.

Gave a girl the goosebumps, it was so casually amazing. Lots of good hats in that crowd, too. 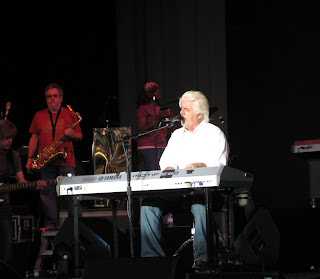 
Earth, Wind and Fire have been touring with the same founding core lineup for 37 years! At one point Philip Bailey (sporting a long, wide mohawk of cornrows and fancy jeans) asked the crowd to raise their arms if they'd been with the band since the beginning: more than half the boomer crowd stood up and represented. Again, goosebumps. Brand loyalty in action!

Was loving the modern Philip Bailey, and loving the Concord Pavilion experience in general.

Twas mellow and comfortable. Wide, comfy seats with lots of legroom underneath a giant shade topper. A small hike to the bathroom, but then a totally manageable little food court. No annoying sprawl. Chair rentals for the lawn seating behind the seated areas. Plushy lawn. A sunny 85 degrees turning to light jacket weather at night. Very little traffic congestion. Niiiiiiiiiiice. 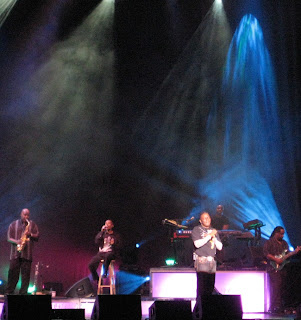 I might just give big arenas a chance again.
Because even a San Francisco venue snob can undergo a sea change. Just so there are snacks to shape the tide.