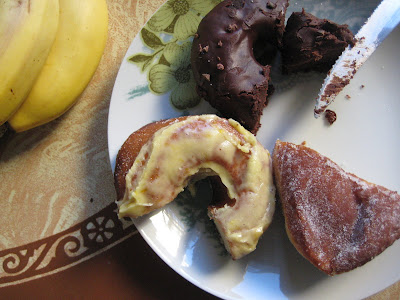 Kate sashayed in the other day with a brown paper bag and started assembling a doughnut sampler platter for two on the kitchen table. 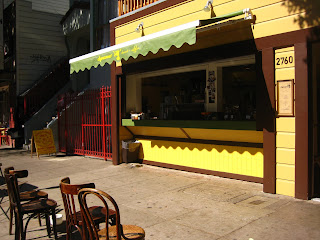 She'd gotten banana dulce de leche, chocolate star anise, and a gingery business with orange glaze -- all from Dynamo Doughnuts down on 24th. 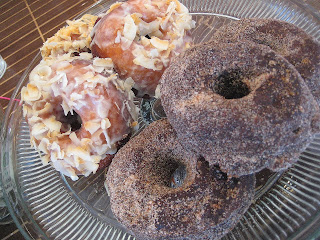 The purpose? Duh, doughnuts are delicious. 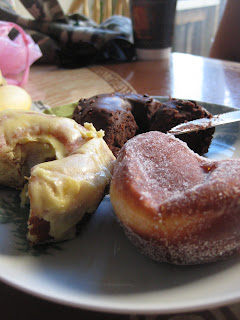 But also, we did a taste test, because we've really been enjoying polling people lately on any number of random topics. Polls are IN. 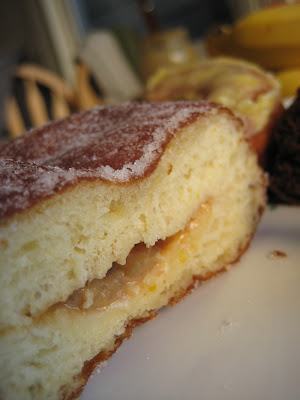 But gotta say, wishing there were more gooey custardy filling up in there surrounding that little banana sliver that's tucked in the middle.

But you can see how good that dough looks, right?

All in all, a solid foray into the realm of the Hot New Artisan Doughnut Shop, but what would the rest of the day's taste-testing hold for us?

(I like Shuna Lydon's thinger on getting up to make the doughnuts at Sara Spearin's operation, here.)

Aside: I've also tried one of Dynamo's apple maple bacon doughnuts -- now that's an inner tube of fried dough that's got a lot going on. Maybe too much! (I KNOW! Heresy. I love bacon too! And apples. And sweetened fried dough. I know. But it was a little much. Maybe "too sweet" was the problem. AND I LOVE MAPLE SYRUP ON MY BACON! I know. I was confused too.) 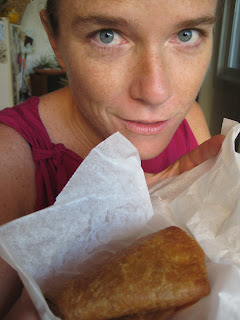 First a palate-cleansing, brilliantly black-peppery samosa thinger from Philz Coffee.(Kate's brown paper bag was full of surprises.) It was all potato, with no descernable curry flavor. I appreciated its black peppery purity. 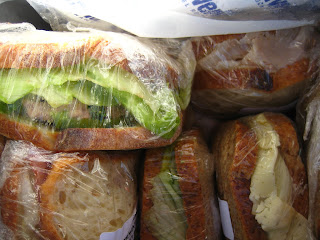 Then off with a posse to Courtney's at 14th and Divisadero/Castro, home to the legendary deli case of $3 pre-made, gourmet sandwiches. (Ask around. It's oddly legendary. Like Sushi Zone, but without the wait. Or the raw fish, or the bill.) 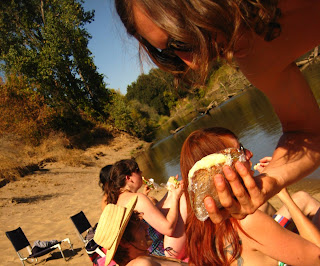 Why a pigpile of sandwiches? Time to hit the river for some 90 degree summer shine.

My "home oven roasted" turkey sandwich (they really do print that on the little Avery label) with lettuce, HEIRLOOM tomato, cheese and mayo on a baguette *might* have been the culinary highlight of my weekend. 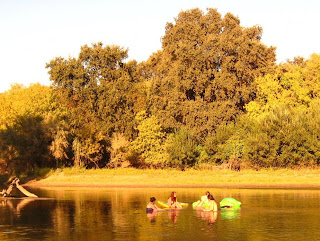 Shiftlessly lazing about on the river all day is hard work... 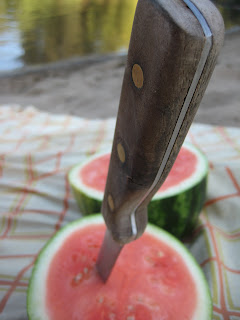 ...And requires a fair amount of fuel. 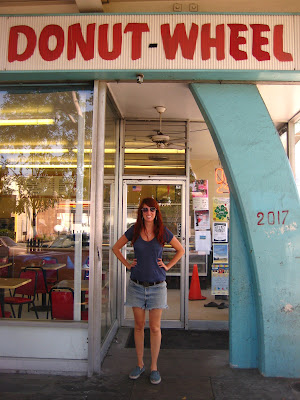 Good thing Historic Downtown Livermore is near the road to the river! 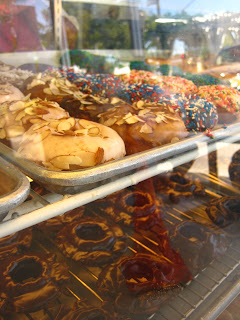 Would the doughnuts be anywhere near as succulent and tasty (and crazy-flavored) as the ones in at Dynamo in SF? 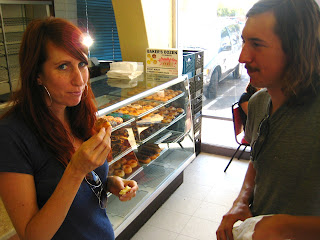 Er...no. Really not even close.


But the Donut Wheel had other redeeming qualities. 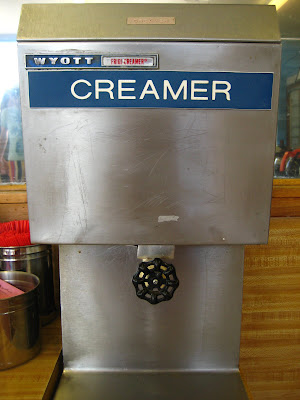 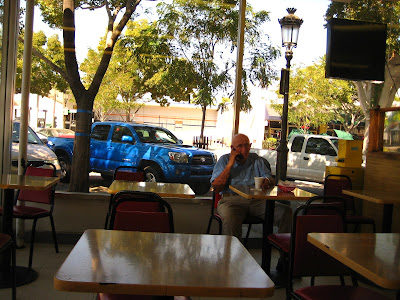 And that guy, keeping it real with the weekend minutes. He's just cold kicking it in a doughnut shop on downtown First Street in Livermore, California, USA. 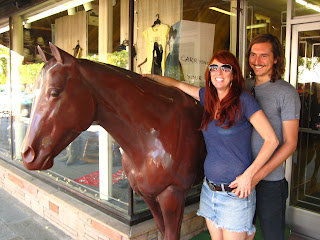 ...But the streets are trellised and the western shop is tops! 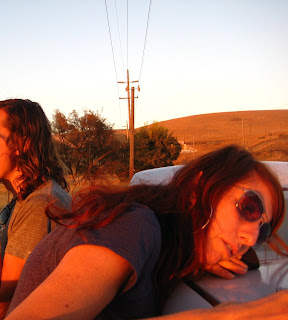 Time to head home over the western hills. 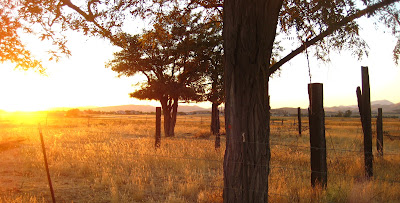 
Rest in peace, Paul Newman. I'd eat 50 hard-boiled eggs to have those blue eyes back.