How To Eat a Pigpile of Oysters 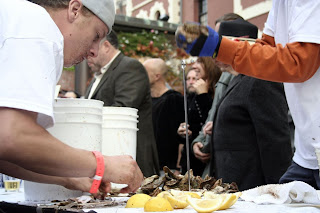 Get schooled in raw oyster gluttony by some of SF's gamest kitchen crews at the 15th annual Shuck and Swallow Oyster Challenge, to be held in at 5pm on Tuesday, October 7, 2008. 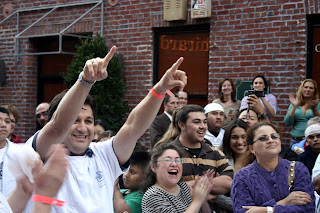 I'll be a judge again this year at the shucking free-for-all, thrown each Fall by McCormick and Kuleto’s as part of a benefit for The Marine Mammal Center. 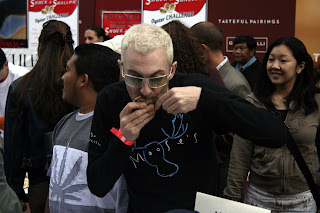 I'm pretty stoked to watch grown humans shovel literally hundreds of bivalves into their craws at lightning speed -- mainly because I've been a tiny bit fascinated/horrified by eating contests ever since the film Stand By Me came out and altered my preteen brain. 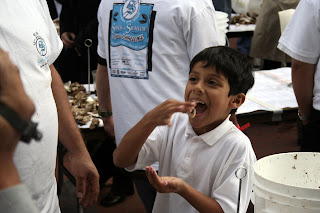 Radio maven Sterling James, a real pistol, hosts the 5pm throwdown, and a lot of restaurant industry peeps show up to egg on the contestants. Then the party moves indoors to a (slightly) less chaotic wine and oyster pairing event in the restaurant's bayfront event space from 6-8pm. 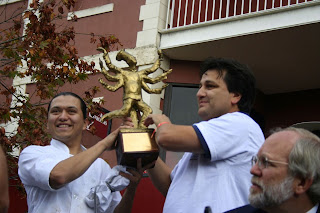 $30 a head gets you plenty of sauce by donor wineries and a totally respectable (though not competition level) spread of oysters on the half shell. More info: call McCormick and Kuleto's at (415) 929-1730.

Because I love nothing more than throwing on a pair of latex gloves and counting out bucketfuls of spit-shone oyster shells. Hot stuff!