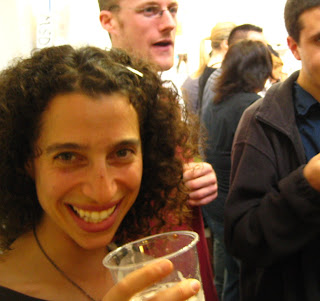 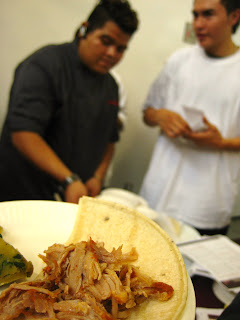 ...ate delectable achiote-rubbed cochinita pibil (basically Mayan pulled pork, and a rather special dish!) from the folks at Chaac-Mool Yucatecan cafe in Oakland... 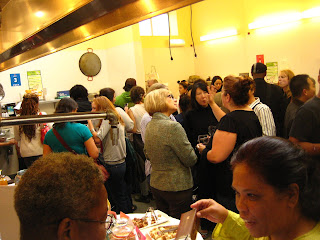 ...and watched as the crowd swelled to pack the La Cocina incubator kitchen, which houses the small ops of a few handfuls of highly talented, low-income food entrepreneurs, mainly women. 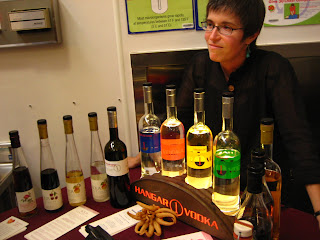 La Cocina is only a block from my house, so I had a little skosh of boutique mezcal from the Hangar One kiosk (they were a bev sponsor)...

...and snuck home for a disco nap.