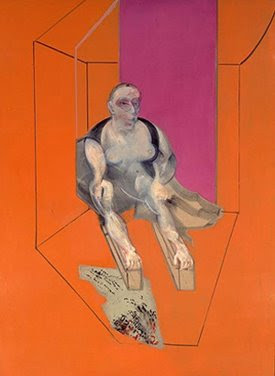 This limited-time-only, private drinking den/art installation at New Langton Arts promises to be *quite* very. All the elements for radness are in place:

More on the event from New Langton Arts:


Artist Anne Colvin was invited to conceive the first project in The Garage at Langton, a 2,500 square foot space now part of New Langton Arts. The Colony Room is a celebration of the legendary Colony Room Club, London Soho's notorious private drinking den. Situated at the top of a shabby staircase, this down-at-heel but welcoming space has been a favorite haunt for British artists ever since it was started in 1948. The club was owned and run up until 1979 by the infamous free spirit, Muriel Belcher, who paid the young Francis Bacon ten pounds a week and free drinks to bring in the clientele. He did, and Lucian Freud, Frank Auerbach, and Henrietta Moraes were among the regulars.

Housed in The Garage at Langton, a raw industrial space, The Colony Room is a bar - complete with Francis Bacon prints and 'chandelier' by Zachary Scholz - open two nights a week. Each night features a guest artist invited to do an informal reading, screening, or intervention.
San Francisco conceptual artist Tom Marioni will be the guest of honor on opening night, Friday, September 26, paying homage to his club where "The Act of Drinking Beer with Friends is the Highest Form of Art". At 8pm Tom will reenact his seminal "One Second Sculpture" piece in public for the first time since 1969 followed by a book signing of his memoir "Beer, Art and Philosophy."

The Colony Room is run by an artist, supports artists, and stands as a haven for artists, exiles, and maverick spirits. You are invited!

****
p.s. Did you know that you can work off your parking tickets by volunteering at New Langton Arts? That's right, a city entity called Project 20 allows you to work off parking tix at any participating non-profit. Langton has their fabu annual art auction + gala coming up in November; now would be the perfect time to hop on that train, my friends.
Email Post
Labels: art bar beer cocktail cocktails drinking film installation painting readings screenings sculpture secret SOMA speakeasy talks temporary underground video wine