Does a Kara's Cupcake Pass Muster? 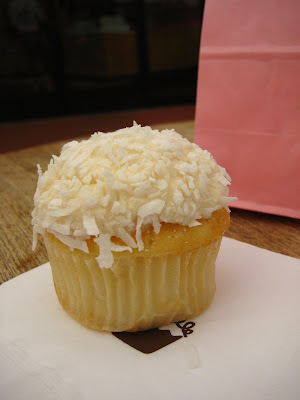 Yes, my friends. Yes it does.
Bueno.


I found myself in Ghirardelli Square yesterday morning for a meeting, so I did what any sane person would do: I hit the fancy cupcake shop.

Kara's Cupcakes, whose flagship opened in October 2006 on Chestnut in the Marina, branched out to the Fisherman's Wharf area in May of 2007.

This Friday September 12, they're slated to open a third location in Palo Alto in the Town and Country Village shopping center. Good for them!

(But moreso, good for my cupcake-loving lips next time they go down Peninsula way.)