It's good news when a hot *tiny* restaurant expands to become a hot *small* restaurant. (Update 10.16.08: photos of the new space!) 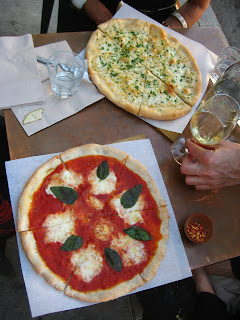 In the case of Piccino (one of SF's buzz spots for handmade, thin-crust artisan pizza), it's the difference between waiting on a chilly evening for one of 3 indoor tables (before)... 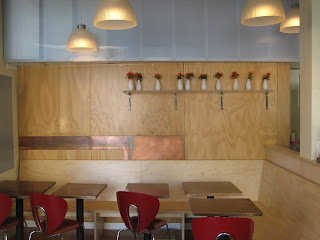 ...And tucking immediately into one of 10 indoor tables (now). 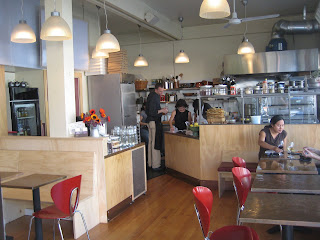 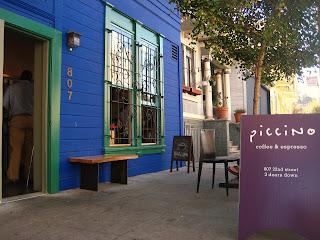 As of two weeks ago, the little Dogpatch restaurant was able to move their coffee bar into an adjoining venue, freeing up the existing space for more tables. 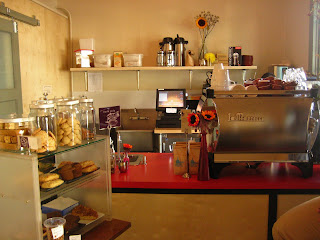 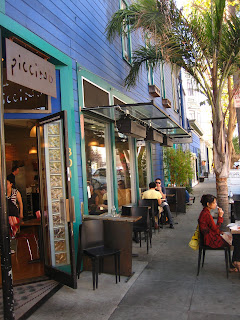 With 9 additional outdoor tables for their brisk all day lunch service and regular-laden dinner service of sustainable/local cuisine, the team at Piccino is excited about the expansion, says Head Chef Carlo Espinas (pictured below). 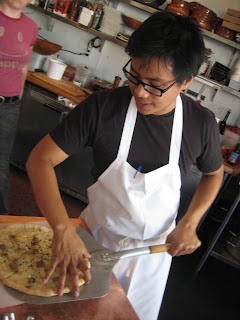 I'm so stoked that he's a co-host of the now sold-out party for The Obama 100 this Thursday; it's such a boon to have a pro chef running the back of house for an event that, really, just got dreamed up by my friend Angela less than six weeks ago. 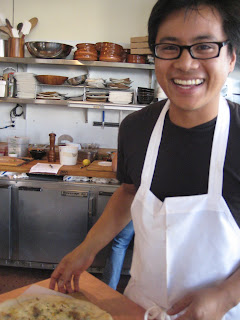 Can't help but give the guy a shout-out; he so obviously loves what he does.

At a fundraiser planning meeting last night, Espinas filled me in on the expansion and talked about how much he's enjoying Piccino, where he's been since the little restaurant/cafe opened two Decembers ago. 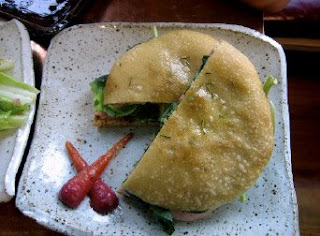 "There's a good lunch crowd and lots of regulars day and night," he said. "I love working out of the open kitchen, bringing out dishes myself and saying 'hi' -- it's been my first opportunity to really connect with people who are eating."

Graduating from his first gig at Incanto to East Bay spots like Cesar and A Cote, Espinas was a moonlighter in the cult sandwich world. "I was the first 'chicken fry guy' at Bakesale Betty's, when she was doing 50 sandwiches a day," he noted of the wildly popular farmers' market offshoot, where the fried chicken sandwiches have reached legendary status. "I lived around the corner and noticed things getting pretty busy, so I asked if she could use some help and started working there in the mornings before my other job. Continuing, he said, "Soon, it was 100 sandwiches a day, then 150 a day. Now I hear they're doing something like 500 sandwiches a day!" 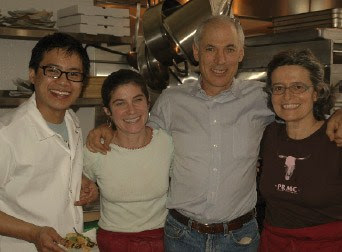 Since moving West and heading up the kitchen at Piccino with the ownership team, there's no more deep frying or rote assemblage in Espinas' daily routine. However, he uses the restaurant's two pizza ovens like crazy.

"We use the top oven for pizzas," he explained, "But the bottom oven gives off an even heat that's perfect for doing braises during service, things like veal shanks, polpette, and duck leg confit -- this summer I was doing a tomato confit-braised chicken with fresh shelling beans. Soooo good."

With the weather turning chilly soon, that sounds good to me too.

(And so does more indoor seating!)