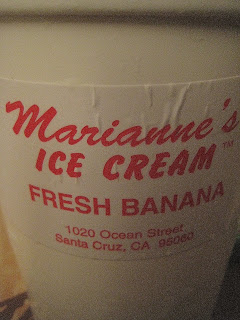 This ice cream is off the chain. Creamy, delicate, divine -- it's the best I've had in YEARS. It's called Marianne's, and it's no secret to Santa Cruz regulars who've loved this Ocean Street institution for the last 40-odd years.

But I hadn't had a clue until my friend Dave brought some over to celebrate a pretty exciting week. (Hurrah for President Obama!) 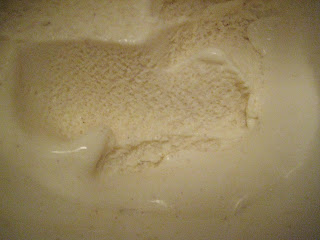 It's light and lovely. It's rich and creamy. It's just slightly aerated enough that it stays nice and soft in the freezer.

And if you happen to pick some up at Falletti Foods in the Western Addition and bring it across town like Dave did, it'll be so perfectly softened that you'll have NO CHOICE but to have a few bites with your appetizer course. 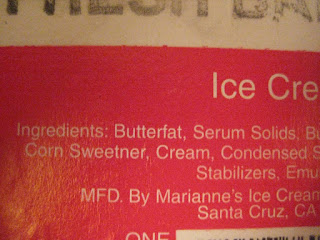 Am I concerned that the ice cream contains nasty things like corn syrup? About as concerned as I am about hydrogenated oils when I chow into my first freshly fried corn dog of county fair season. Call it a guilty pleasure.

Our party shared a quart of Fresh Banana (ethereal!) and a quart of Horchata, which, true to the rec Dave received from one of the Falletti's gals, does indeed taste ever so lightly of Mexican chocolate.


Good lord, there are a few heaping spoonfuls left in the freezer of each; they likely won't last the week!