This is my happy just-landed-in-vacationland face. 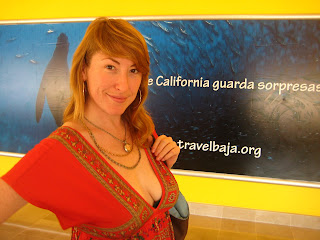 My friends Jesse and Amanda got hitched last weekend in the perfect little beach town of Sayulita, Mexico (near Puerto Vallarta), which is one of those "secret" surf towns that is, of course, someday soon going to be threatened by the inevitable encroachment of bullsh*t high society condo/high rise shenanigans. 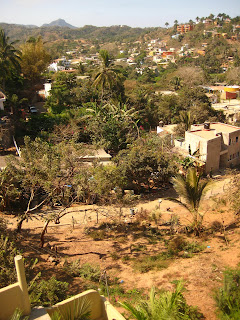 But so far, it hasn't been spoiled. At least not in my first-time-in-Mexico gringa opinion, which is naive to be sure, but whatever! 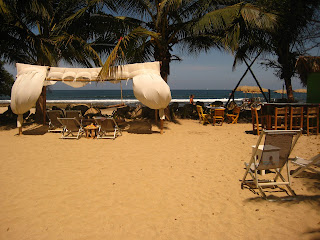 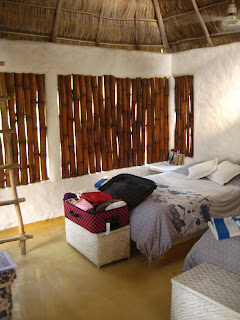 The taco stand is a high table, set up in the cobblestone street, out front of Carniceria Tranco next to La Fiesta restaurant. The al pastor pork, orange with seasonings, is set up on a vertical spit, just like at a NYC gyro shack. It roasts and roasts. The spit is topped with an onion and a pineapple, and the guy who sizzles your teensy corn tortillas on his griddle then slices off shards of tasty, tasty pork then lops off a little wedge of pineapple onto each taco. Diced onions and cilantro are thrown on top.

Then you hit the side table and ladle on your choice of amazing sauces: an opaque, ethereal light green chile sauce, a slightly more gelatinous, amazing orange-tinged habanero sauce, and/or various onion options including a red onion, carrot and habanero slaw that had our friend DJ in painful fits of hot-mouth.

HOLY CR*P these tacos are good. 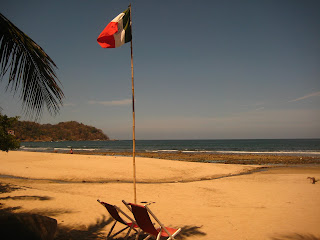 I'm so sorry they aren't here in San Francisco, because by now you're probably like, "Tracie, WHAT THE F? WHY YOU TAUNT ME LIKE THIS?" I know, I talk about the Kogi BBQ Korean short rib burrito truck in LA, and it's like, "WHAT???!" and now some amazing shiz down in Mexico of all places? (Wait, did I even blog about the amazing Kogi BBQ short rib burrito truck? Jeez I need to get back on the horse.)

Anyway, I was a doubter at first. We were sitting by the pool at our rad rental house, Casa Terramar, a new spot 3 stories high and popped atop a hill a few (long) blocks from the beach. 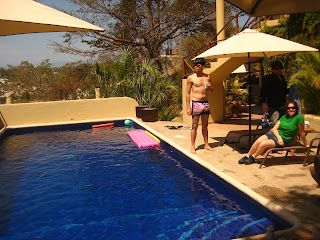 It was a few days into the trip. My friend Adama said, "Tracie, you have to get these pork tacos from that outdoor taco stand."

(I was a little sketched out, even though I hadn't felt even a hint of Montezuma sickness the whole trip, and didn't, and still haven't! I thank 12 years of acclimating to the imported fruits and veggies in SF's Mission District, but it's just a tequila-tinged theory, really...any validity, you think?)

And she said, "Tracie. You have to get them. And don't just order two tacos. You should order four."

"Yes," she said, with a serious expression and a flick of the wrist. "They will DISAPPEAR." 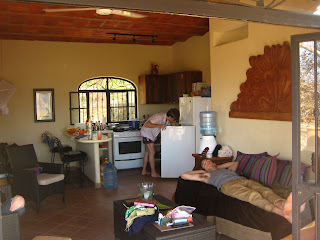 All I have to say is that I only learned about these tacos in my last 48 hours in Sayulita. During that time, I had tacos there 3 times, twice in the same night. Only once did I order less than four.

Dang! Why'd I do that? I'd kill for those two errant tacos right now.


Um, did I mention that hanging out in Mexico will fix you with a serious tequila sipping habit? 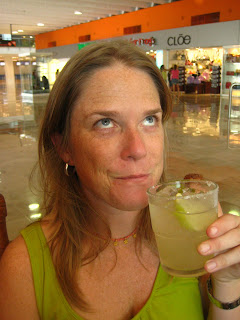