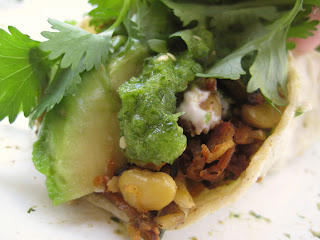 These pumpkin-sage tacos with fresh salsa verde are crazy good!

They are also really rather easy to make if you happen to have shopped already in hopes of making an impromptu fancy taco or ten.

I knew I had some soft corn tortillas in the freezer, some jalapenos and serrano peppers on the bush out in the garden, and limes in the veggie drawer, so the signs were pointing to Mexican anyway.

Since avocados were on sale at the Piggly Wiggly the other day, I bought a few, plus a handful of little green, husky tomatillos.

And as for the pumpkin: 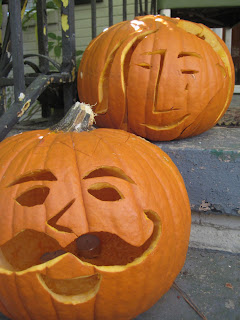 Inspired by my friend Claudia, who had an impromptu little pumpkin decorating party last night, we went to the store and got ourselves a couple of pumpkins to carve. 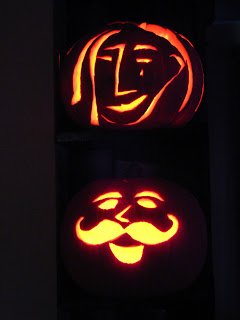 Jay's is incredibly artful, of course. I copied his nose-making technique and I think it's really the way to go (for me, at least) from here on out when it comes to pumpkin face noses.

I haven't carved a pumpkin in years! It was fun. Gorgeous autumn weather, an impossibly perfect blue sky, squirrels rustling in the pecan trees.

Mine, on the bottom, was an excuse to make a guy with a really big mustache. I just realized, though: it looks just like the Pringles man!


While hollowing out the pumpkins to carve, we noticed two kinds of pumpkin innards coming out. 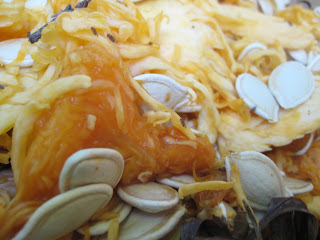 The gross, slimy, wet, clingy stringy bits attached to the seeds (the really orange-y stuff on the left), which are wholly unappetizing... 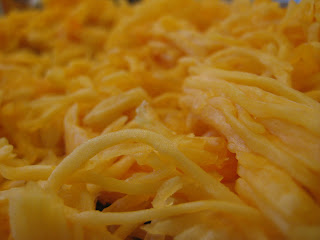 ...and these firmer, fleshier, more opaque strands, which looked like they'd actually be rather good to eat...

...all fried up in a bunch of sage brown butter, perhaps? 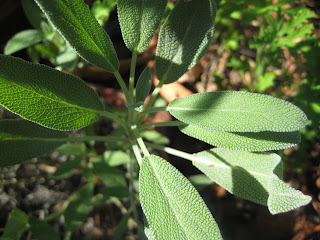 Happily, nerd that I am, I have some sage growing in my container garden.

Just like Steven Seagal, it's hard to kill. (Um, btw you should def click on that link--there's a sweet excerpt from The Onion Movie.)

And good thing I didn't completely give up butter when I did the "Roxanne overhaul" on my pantry and fridge. (I do still use coconut milk creamer, Earth Balance, millet-flax bread and agave nectar instead of half & half, butter, wheat bread and sugar, among many other groovy next-generation health food substitutions.) 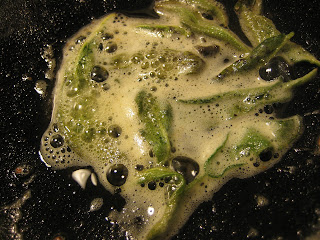 See the way the butter gets foamy? That's the fatty milk solid business. It's what gets brown.

(Seriously, all that is in that cast iron wok is some  butter on medium heat, into which I dropped about 10 whole sage leaves. Yummah. 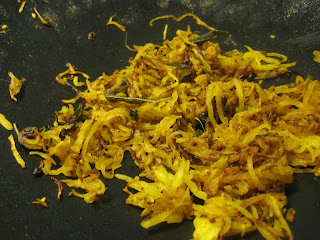 Now the pumpkin strands and a sprinkle of kosher salt. For 2-3 pats of butter, I used just over a cup of pumpkin flesh strands.

Again: not the clear, slimy strands -- just the firm, 1/16-inch strands that ultimately pack together so tightly on the inside of the pumpkin that they form its flesh.

I'd say you can get about 4-5 cups of good pumpkin strands out of 2 medium-sized pumpkins.


Me, I had some cooked field peas in the fridge, thawed and simmered up in some vegan bouillon and water, from back in the summer when I put up a huge batch for the winter.

After a few minutes of browning and frequent stirring on medium heat (which is pretty hot if you use a gas stove, btw), I added about a half cup of those field peas (or any beans will do, I think!) and a TBSP of chopped scallions. More browning. Yummah yummah. 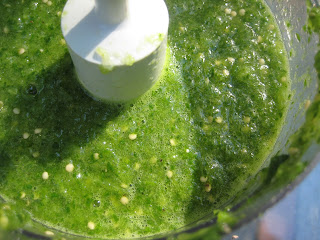 Easy Salsa Verde
While the pumpkin strands and field peas were busily browning further (smelled so good), I grabbed my tiny food processor and whizzed up the following: 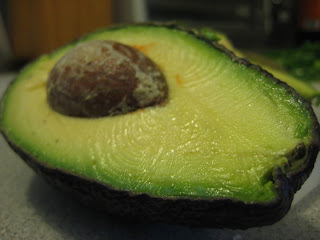 I love to see an avocado sweat.

That it's almost taco time. 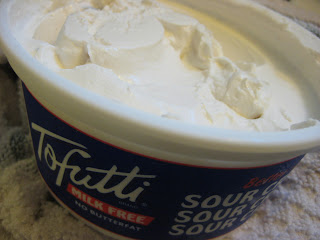 Did you know that vegan Tofutti brand sour cream is awesome? I learned this from Roxanne. Less calories, more protein and nutrition.

I probably wouldn't eat it plain by the spoonful or anything, but as a creamy, cold condiment it pretty much rules.

I would like to whizz it up in the food processor with something amazing and bizarre and unusual. What should I use? 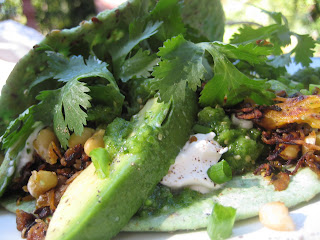 I sauteed up a corn tortilla, then I filled it with these delightful things: 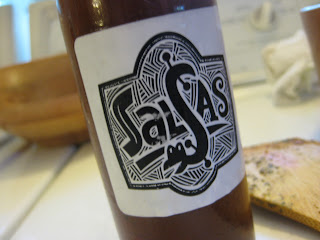 ...a smidgen of this smoky habanero hot sauce from Salsas Asheville. Thank you to The Shop Tart, who got me some last time she and @Tankblack were up there!

This stuff is like crack. I would put it on anything. Even chocolate cake. (Would I really?)

Pumpkin-sage tacos w/field peas and fresh salsa verde
Instructions are above, but for your shopping ease, here is the ingredient list:

BTdubs, I tried this taco recipe first with my fave garlicky, oregano-y spinach-millet wraps, and it did not taste right. Not right at all.