Sometimes I have a relatively lame lunch, like today: steel-cut oatmeal w/toasted sunflower seeds and ume/flax dressing...that is, relative to the fresh, fancy fish tacos I whipped up last week, which rocked! 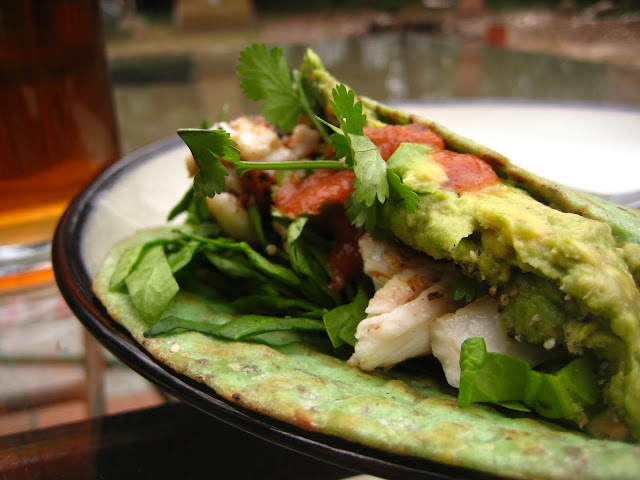 (This is a variation on the Browned Baja Shrimp Taco Wraps I posted last Fall.)


And oh man, was it ever delicious!