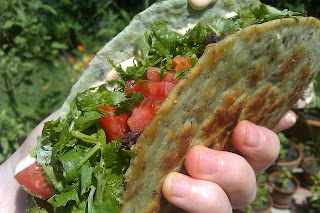 (Some of this stuff is old news for you regular Yum Diary readers, but there are some new tricks in here too, perhaps.)


1. Make a pot of black beans for the fridge for the week. They come in handy in all sorts of ways. (See below for hot tips on tasty bean-cooking.) Or just keep some canned in the pantry! 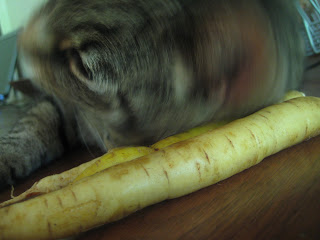 My cat is bananas for carrots, btw.

This is an action shot of her feverishly rubbing her face all over those heirloom carrots.

(I washed them before cooking them, of course. My crazy cat lady-ness goes only so far!) 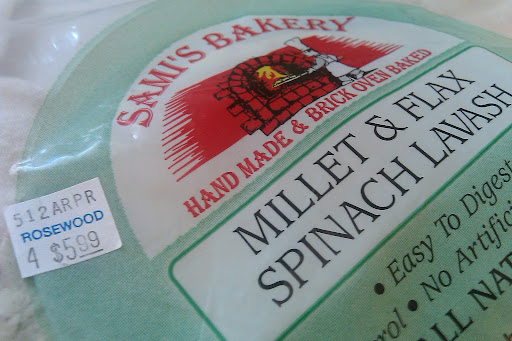 3. Fire up the skillet and toast a Sami's Bakery Millet-Flax Spinach Lavash wrap in some butter. Better, use Earth Balance organic buttery spread.

Or use oil -- whatever. Just do me one favor: 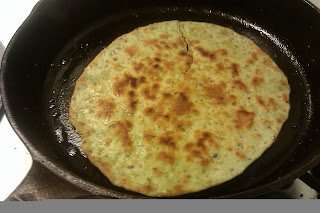 They are totally gross if you don't saute them in a lubricating cooking medium first.

See how yummy that looks? It is a health food miracle. These guys make your whole kitchen smell like pizza when you saute them, thanks to their garlicky, oregano-y nature. Yum.

(Seriously, they're really not good raw. Won't kill you, but will totally kill your buzz.) 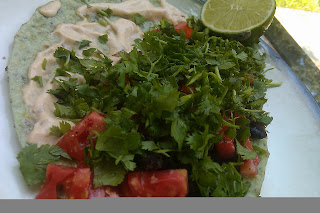 4. Spread your bean/carrot/veggie mixture on one half of the wrap, then...

I do cheat and make my own sometimes (puree one canned chipotle in adobo for each cup of Veganaise), but usually I don't have time so I just buy it from Rosewood Market. I like to vote with my grocery dollar for the small, indie, local business in general, for I am a hippie on the inside!

And really, you can put whatever the heck you want in there. This is just my lunch today, and I figured, why not blog about my lunch like the food nerd I am?

[And now, for the food nerd extra for the day:] 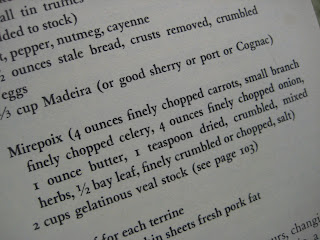 I soak dry beans w/kombu seaweed for 6-8 hrs, rinse, then flavor them with olive oil and sauteed mirepoix before simmering in veggie stock for a few hours.

(Mirepoix! The French cooking trinity: onion, carrot, celery. Note that the veal stock in this recipe photo is separate from the mirepoix, which is a vegetarian thing entirely.) 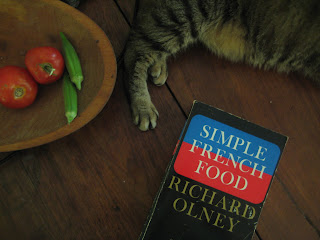 Like cult foodie favorite cookbook author Richard Olney (Simple French Food, above and right), I add bay leaf to my mirepoix, but mine is, nerdily, fresh picked from my tiny bay laurel bush! (Which, unlike the rest of my garden, is growing verrrrrrry sloooooooooowly.)

Then I throw in some epazote (tasty Mexican anti-tooting herb), coriander, cumin, fresh oregano and thyme.