Even Brunch Suffers at Cavallo Point in Sausalito

Fancy Sunday brunch in a historic fort beneath the Golden Gate Bridge? Count me in. 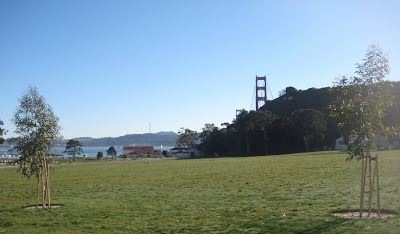 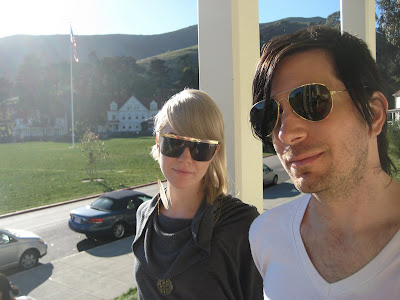 Brunch Adventure!
My fun, up-for-anything friend Jessica and I picked up our super-sweet pals Jeffrey and Ava, avid brunchers and promoters of the Blow Up dance party at Rickshaw Stop, and we headed out of town to the old military base. 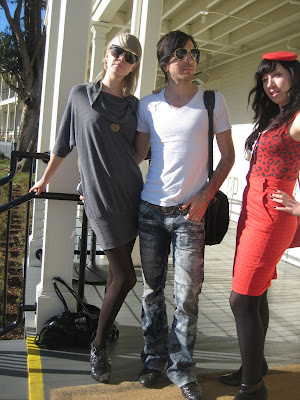 Dressing up for brunch is Fun with a Capital F!

Especially when you're excited to check out THE most hotly anticipated resort property to open in Northern California in years. 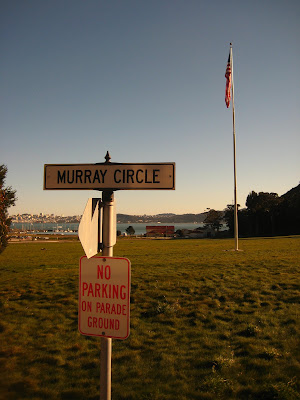 (The Dirty Harry film Sudden Impact, in which Clint Eastwood says, "Go ahead--make my day," was filmed in part around Fort Baker, a little closer to the bridge.)

I loved the Post Ranch Inn. That place sets the bar for pampering *pretty* high. 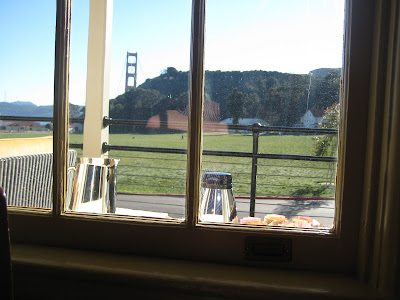 With such a pedigree, brunch on the view-soaked veranda (or even in the adjacent dining room) at Murray Circle--Cavallo Point's posh dining room--should be something else.

Meh. It was fine.


The Chronicle's Michael Bauer gave Murray Circle's chef Joseph Humphrey 3 stars in July 2008 despite spotty service, but reports from user review sites note that the prix fixe tasting menu at dinner might not necessarily be worth the investment, so brunch seemed the obvious choice, especially on a sunny day.

While the food was ok--not amazing (only a lovely poached cod with brussels sprouts and parsnip puree really shone)--I'm sorry to report that the service was so discombobulated, amateurish, and puzzling, frankly, that we didn't even feel comfortable having dessert there. 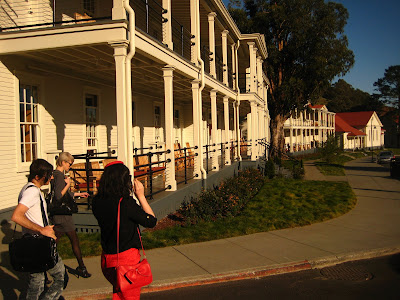 To the Spa!
So we took a stroll around the property, with eyes toward the day spa and its patio with a heated basking pool. 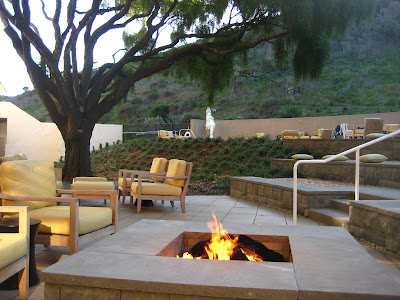 Leisure hounds should note that there's no cocktail service at the pool; it's a healing center. The upside? None of the potentially obnoxious distractions of a traditional hotel pool deck are present.

However, after 3pm, neither is the sun. Once the sun drops behind the steep hill into which the spa facility is tucked, it's curtains for sun worshipping.

However, the fire is a nice touch and the spa seems well-appointed. We'll come back for a $140/hr massage some other time when an indulgence is called for, and when we've had an earlier start to the day. 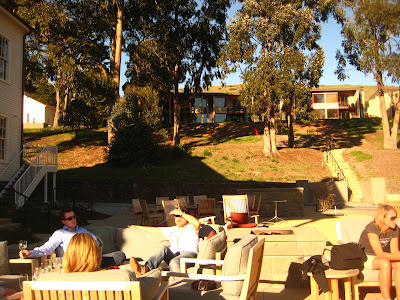 One More Try
We decided to give Cavallo Point one more shot and hit the comfy, Smith + Hawken-ish seating on the sundeck adjacent to the Murray Circle building for a bottle of something bubbly.

They don't offer service out there, so we sent an envoy inside to Farley Bar to bring back an Iron Horse sparkling wine.

At which point--I kid you not--the employee responded by holding the bottle out in front of her and pointing to the words "Sparkling Wine," noting that the bottle was not a Champagne. All my friend could stammer in reply before returning to the sundeck empty-handed was, "You're absolutely right."


*This* is who you've got manning the ship at a restaurant and bar that has bottles on its list that are literally hundreds and even thousands of dollars in price?

Imagine if a high-roller with a temper had the same experience? I mean, we're just some globetrotting city kids up for the day to enjoy brunch and a round of local bubbly in the sunshine--no way are we going to be this resort's toughest customers.

Unfortunately, it's apparent that the service program at Murray Circle is desperately in need of retooling. I can't recommend dining there at this point; at high-end resort prices, you expect a certain level of service.

The Verdict
For my local fancy tourist dollar, I'll be escaping down to the Four Seasons in Silicon Valley, where there's a fab restaurant, a sweet outdoor pool deck (mit cocktails, dahling), and that consistently excellent--if a bit robotic--Four Seasons service that always significantly muffles the sound of vacation dollars flying out of one's pocketbook (or murse, for that matter).

There's no sweeping view of the bay down there, however. So if that's what you want... 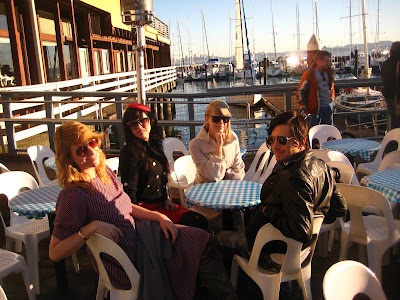 ...A round of cocktails on the deck at Sam's in Tiburon (where the service is salty, thorough, and quick!) can be a wonderfully corrective measure.