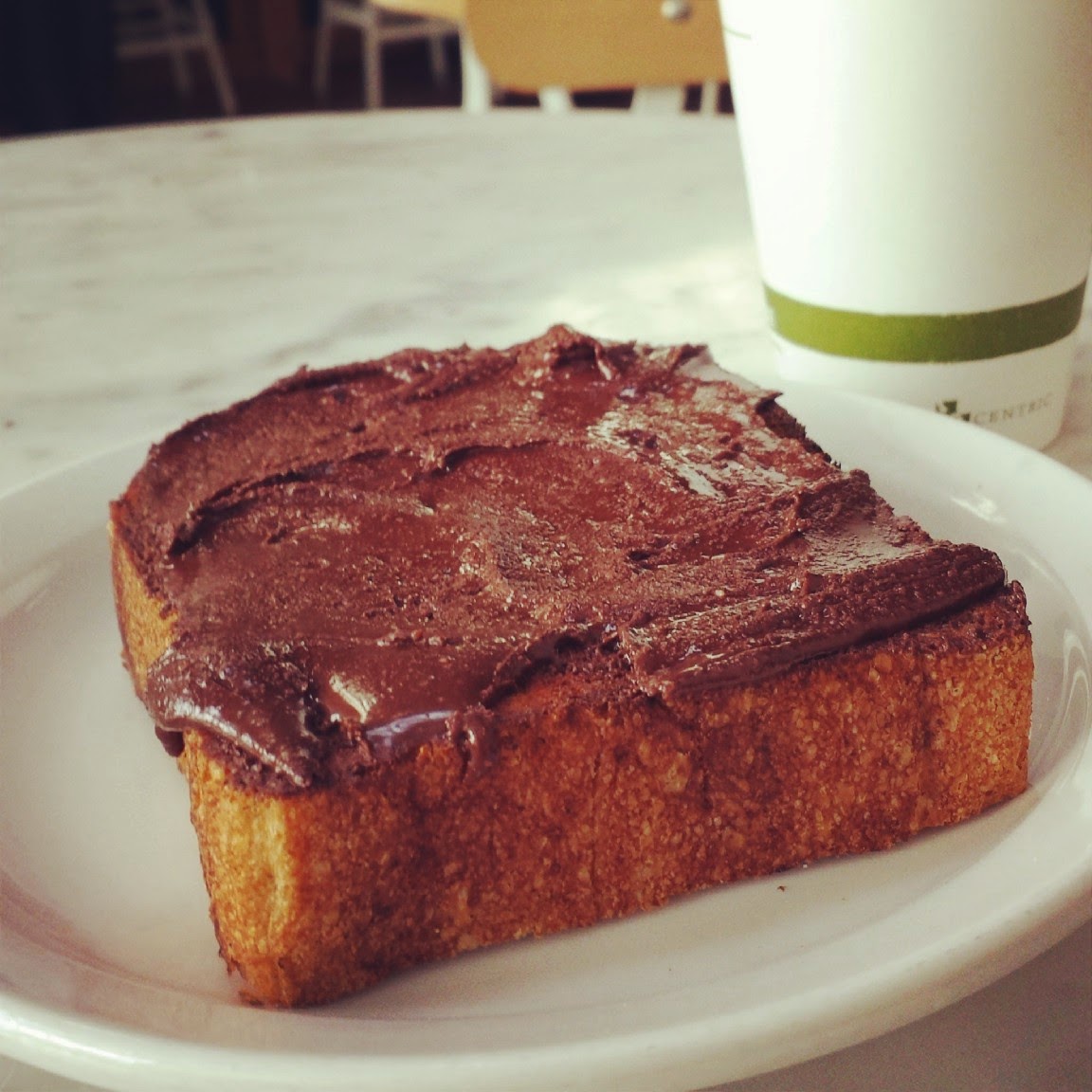 I went for the artisanal toast.

When you're sharking for a seat at one of San Francisco's hippest, most francy new coffee shops and land one, it's tempting to go ahead and try out the big-slab-of-francy-toast trend.

I am the embarrassing one with the blog who will say, like, um, I just bought a ton of really pricey coffee beans and now I feel blown wide open to just order AS MUCH FANCY TOAST AS I CAN EAT! (Also, that magazine story in the Pacific Standard made me cry and was awesome. )

I had one piece at The Mill on Divis. It was alright. Homemade Nutella. Not bad.

The people sitting around me were all awesome and not coffee shop real estate hoggers. There's no wifi there.

I had my wifi hotspot so I did up some spreadsheets casually.

*Note: Now home in SC, I am grinding and pour-over brewing those flipping amazing Fourbarrel fundochamba or whatever coffee beans in such a heathenly way that the barristas or whatever they are now would lose a filling making a "disapprove" face.

Later in the week in SF, I hit Sightglass Coffee in SOMA! Man, it is also very beautiful! 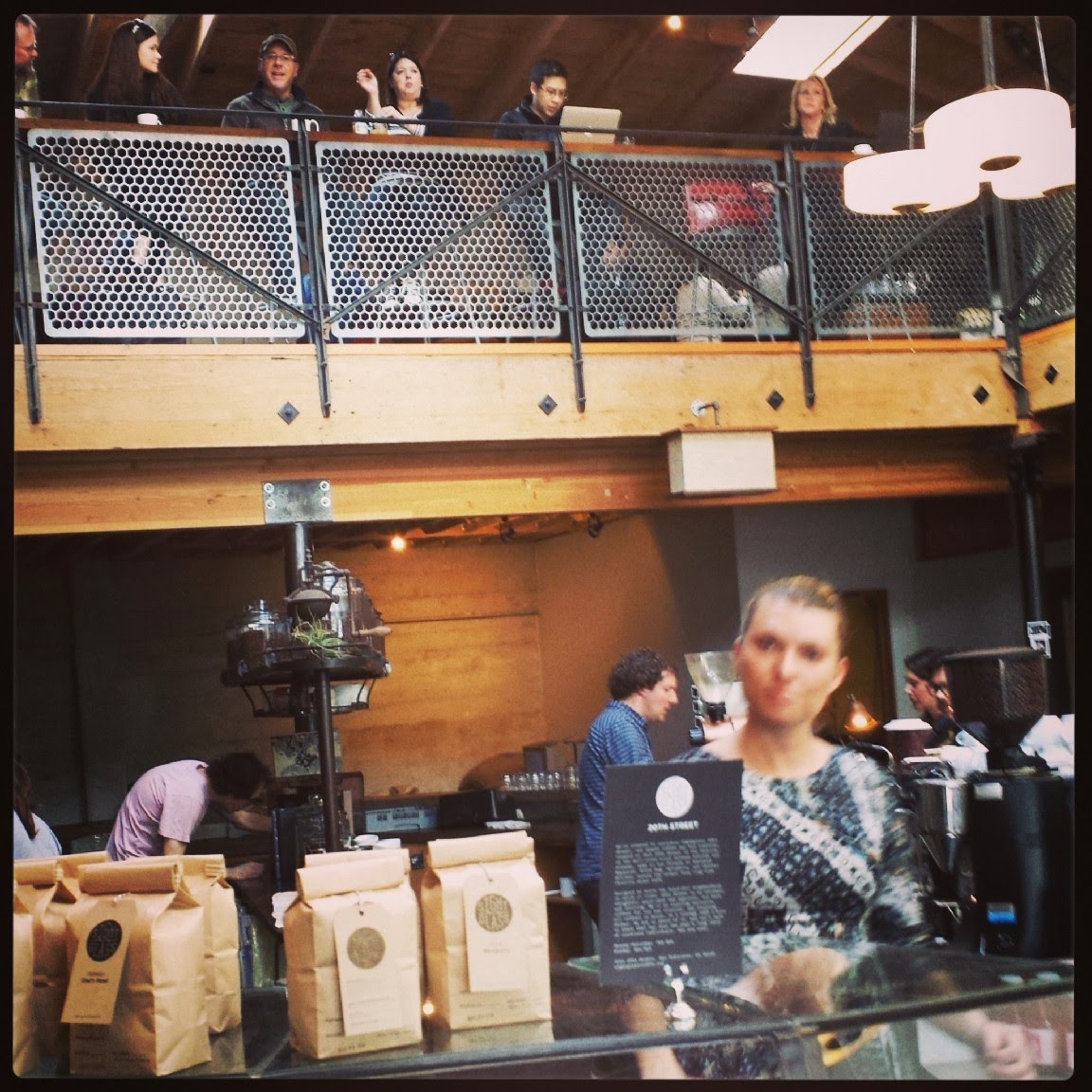 I was at the wrong Sightglass Coffee, it turns out, to meet a friend. The room was pretty forgiving, and although it took convincing, they pre-ground some of their super heavenly coffee for me despite getting a little nerded up about what *type* of pour-over system I use.

I'm like, I use the "nothing fancy" method: plastic cone, cone filter, boiling water just set for a moment to chill out, fresh ground coffee, welcoming vessel. Swish. Time for the porch.

I did not have toast at Sightglass, but I did grab a squash and goat cheese pastry for later, which did, later, brighten a grouchy-from-work friend's afternoon and got us all on the good foot.
Email Post