When I moved back to South Carolina from San Francisco in 2009, one of the marvels of which I had heard much tell was the legendary topiary garden of Pearl Fryar. After meeting him twice in the last year, and, embarrasingly, feeling like an idiot for not having seen his garden yet, I decided that it had to become a priority.

This past weekend, I finally made it to Bishopville for a visit with my dear friend Mary, who was in town from Morocco. 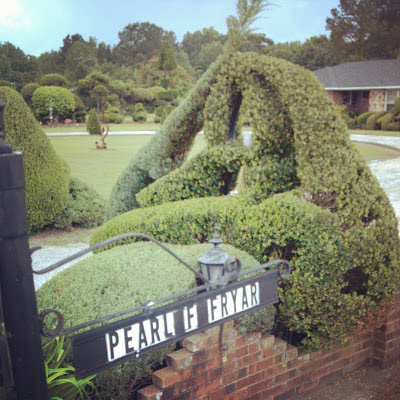 I first became aware of Fryar's odd, beautiful brand of genius at Moore Farms in Lake City, where boxwood hedges are carved into asymmetrical shapes, a tiny bit like these. 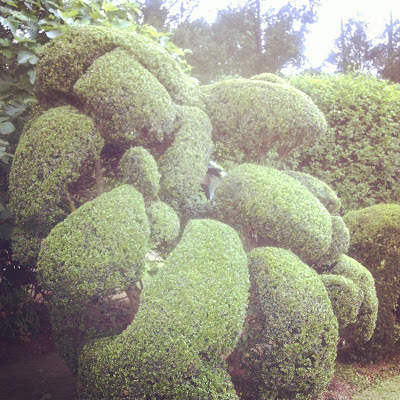 These are really fun to brush past and watch them wiggle. 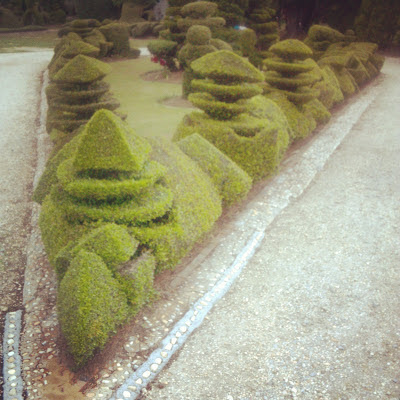 Pearl is a bit of a celeb. For one thing, he has been featured in a fancy John Deere commercial, along with Jenks Farmer, who was the horticulture manager at Moore Farms (and thus the person who introduced me to Fryar's work). 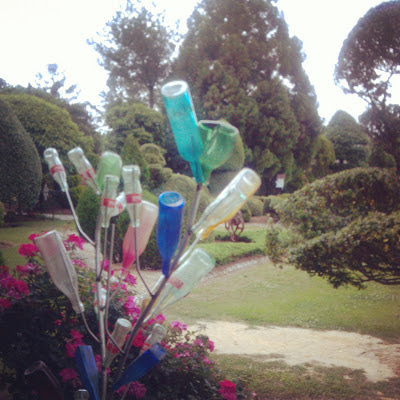 Also, there is a full-length documentary film about Fryar, called A Man Named Pearl. It's lovely, and you can stream it on Netflix, last time I checked. People come from all over the world to see this garden. 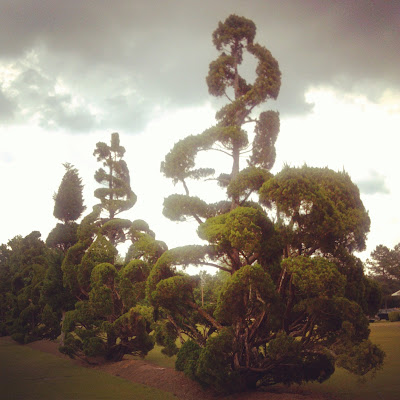 Fryar was just honored by the S.C. Arts Commission with its coveted Verner Award, one of those big, statewide, lifetime achievement in the arts dealios. 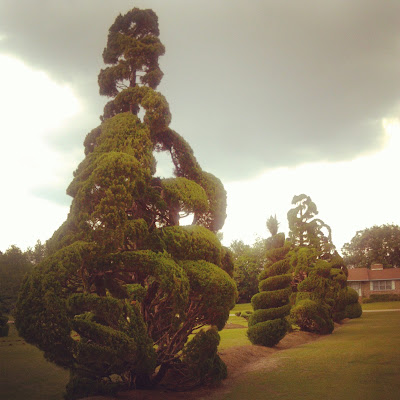 It's not hard to see why. 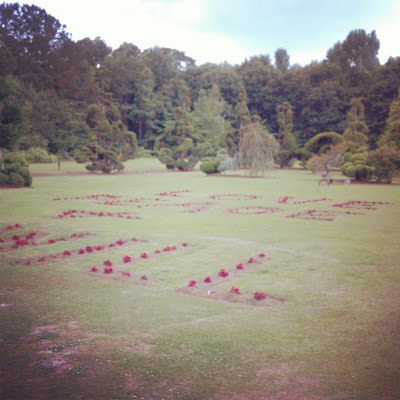