Finally made it to one of the "Getting to the Root" Farm-to-Table Dinners at City Roots urban farm in Columbia, SC. It was excellent! And charming. 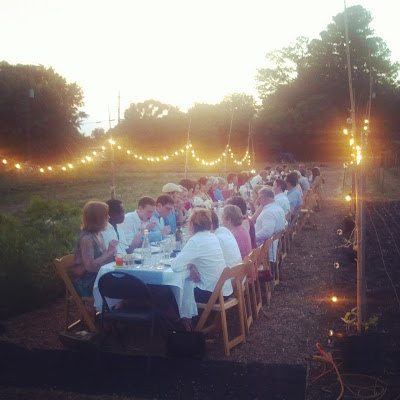 Born out of the Outstanding in the Field model of lush, chef-driven menus served at long, lovely banquet tables in the middle of a field, this series has been thriving at City Roots since ramping up over the last couple of years under the leadership of City Roots Co-Founder Eric McClam and The Southern Greenie, Vanessa Driscoll.


Formerly called The Harvest Dinners when it was co-founded with 116 State chef/owner Ryan Whittaker, the event is now a partnership with Kristian Niemi of Rosso Trattoria and the soon-to-open Bourbon Columbia restaurant on Main Street. (Read Jeff Wilkinson's feature on Bourbon in The State newspaper.)

Guest chefs pop in, like the upcoming June dinner with the rad Mike Davis of Terra. 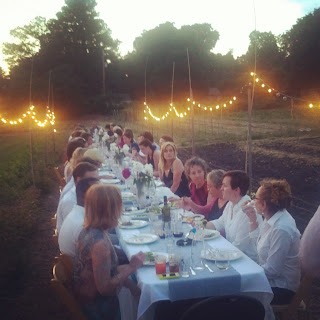 Having had plenty of time to iron out any inevitable newbie kinks, they've got it on lock with these dinners. I recommend!
Email Post
Labels: bbq chefs columbia dinner dinner party events farm grilling parties restaurants South Carolina