Our dinner at El Varadero is going to haunt me. And not just because the owner's name is Superman and he makes the best mojitos on Isla Mujeres.

We first heard about El Varadero from a millionaire stock trader-turned-yacht owner from NY, who gave us a ride in his golf cart from the Fenix bar to Fayne's on Hidalgo one night last weekend. (His stories were excellent. We 100% do not care if they were true.)

He's been coming to Isla for over a decade. Over cocktails at Fayne's, a place where the partyrific retiree set goes to get obliterated on 2 for 1 drinks, we asked Mike about his top 3 restaurants on Isla Mujeres.

After citing Casa Rolandi (liked it) and Lolo Lorena underground restaurant (loved it), thus confirming that he had good taste, Mike told us, "Ohhhh, and there's this AMAZING Cuban place on the island, but it's down a dirt road."

Did he know how to get there?

"Oh, I could find it on my golf cart, but I couldn't tell you where it is from memory."

Great. How were we going to find the awesome Cuban place down the dirt road?

Soon thereafter, from a totally different source, we heard about -- yes -- a Cuban place, down an old dirt road, on the water, called El Varadero. It was posted in the Hollyeats restaurant review site, and we had also heard recs from some very awesome fellow diners at the Lolo Lorena supperclub the other night. 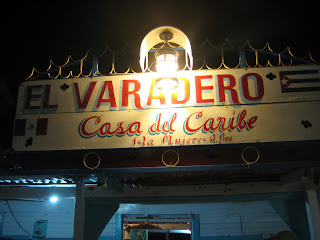 Note: this is a different place than El Veradero de Oscar, about which I posted last year!

First, I present the amazing Torta Cubana at El Varadero. It was a towering, glistening, crunchy pile of awesomeness that cannot be described adequately. 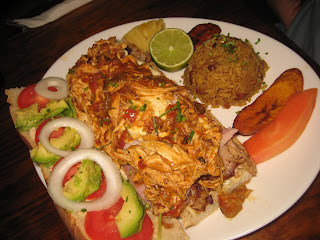 The chicken fricassee was amazeballs. 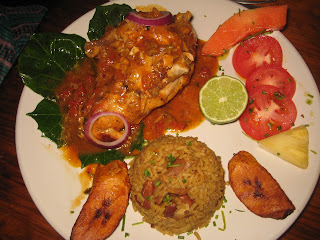 It's on the menu under the Pork Chonks. 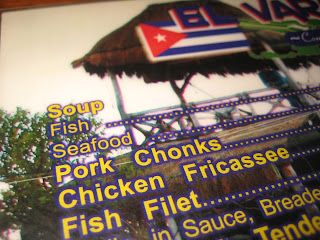 There's a reason Superman is known for his mojitos. 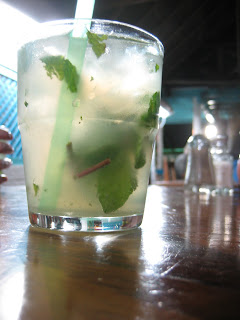 Who do we run into at El Varadero? None other than Chef Lolo of Lolo Lorena Supperclub.
That's Lolo on the right. She likes to party. 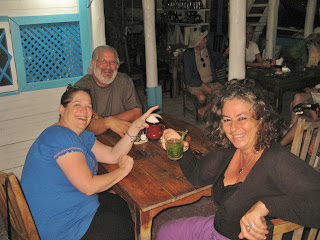 Spicy shrimp, recommended by Lolo, did not disappoint. Would love to be eating another pile of these right now. 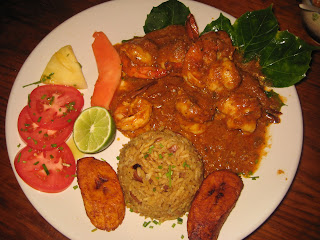 Could it get more charming? Right on Makax Bay, a secret hidey sliver of sea protected by mangrove forest. 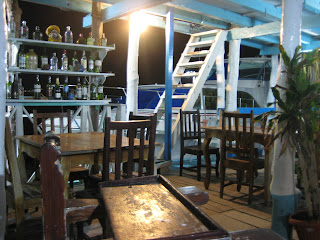 Derek and Debi with their vacation game faces on. 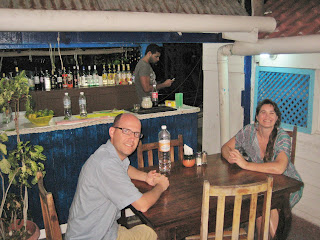 That's a big oven that makes delicious things come out of it. 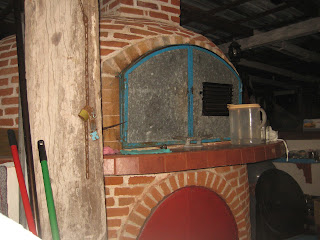 Can't wait to sit by the bay and  put the hurt on some more mojitos next January! 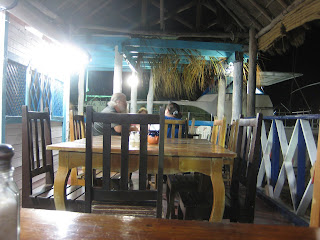