The Hidden Magic of Maiale Volante, the Rockitchen.

Maiale Volante might be one of the best restaurants in the world, and it's hidden away in the middle of nowheresville, Italy.

1. It's a contemporary, hip, progressively-designed dining room in the middle of a small, sustainable pig farm and vineyard.


2. The chef, Andrea Tantucci, crafts his lengthy, all-local, prix-fixe menus to correspond to indie rock, classic rock and alt folk albums, which play in their entirety throughout your meal.

When we walked in the first time in July 2012, my favorite Cat Power album, The Greatest, was playing on the stereo. The menu for the evening: 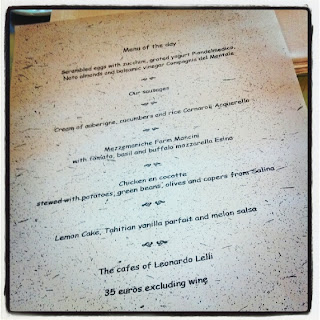 2a. The stereo itself was crafted and manufactured by a friend of theirs who lives nearby. (Shades of Caroline Guitar Company in Columbia, SC.) 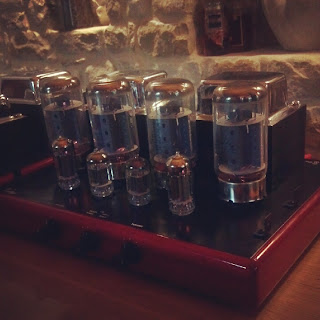 3. Andrea published a super cool cookbook pairing menus with full-length albums, called Rockitchen, co-written with music critic Paola de Angelis. Bands like the Velvet Underground, Traffic, Bjork and Radiohead. Solid. It's in Italian and everything is measured in grams, but if you speaka the language, I recommend: http://www.rockitchen.it/

Menu from our second visit in August 2012. I think Joni Mitchell's record, Blue,  my favorite of her discography, was playing for this one. 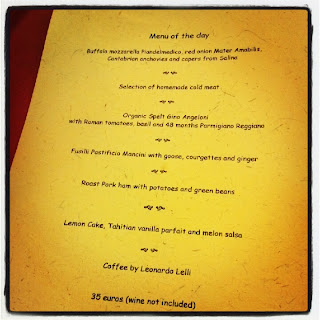 4. Before and after your meal, you get to stroll around the farm and pet the farm dogs. My friends' children dubbed them the "Friend Dogs" and it stuck. 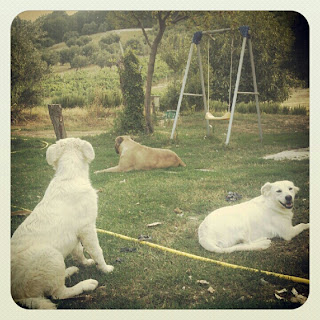 This little friend dog likes to swing through the dining room during dinner to say hey and get some covert petting under the table. 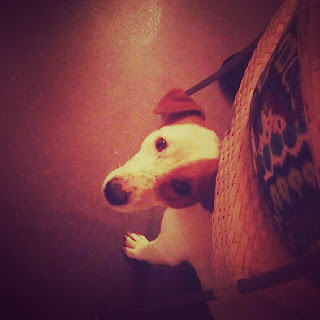 He's also extremely brave. Of all of the giant farm dogs, when a wolf was picking off sheep from the pasture, he was the only dog in the pack to fight back and attempt to protect the sheep. Pretty cool lil guy. 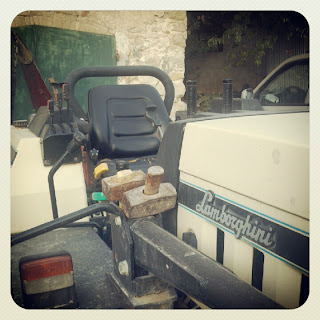 5. Walk up the hill through the vineyard, and you can check out the flying pigs, named thus for their hilltop residence. The restaurant is named for them.


There are also farm cats. This mother and kitten in the photo below provided endless cute overload by wrestling with one another in the yard of Roberto and Annalisa's house, which is right on the property.

6. This crumbling old building on the property used to be a postal service outpost -- for carrier pigeons. Seriously.

7. Now, the owners use the building's interior to hang their housemade salumi. They also leave ridiculously cool-looking junk lying around, an Instagram fiend's heaven.


The smoky, rich, red Lonza (top right, below) is on my top ten list. It's kinda ruined me for other salumi, I'll be honest. The cheeses are by a friend of theirs, branded Piandelmedico. Look for it on good menus in the Marche.

The cured sausage in the bottom left is almost like a steak tartare, it's got such a great combination of dense, intense meatiness and light, airy texture. It's not compressed to death -- you can feel in your mouth that the salami casings were filled with care, not pumped by some giant machine. 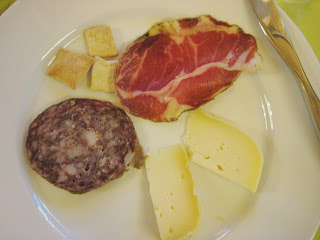 8. Just try to dine out with savvy Marchigiano peeps and not fall in love with Verdicchio. It's a white wine varietal unique to the region, with a round, full mouthfeel but dry, minerally qualities and just the right amount of hardwood fruit. It's everywhere, and for good reason. This one is particularly excellent.


Don't think I missed the opportunity to try this weird, borderline super-nasty amaro from the regional producer, Varnelli. It was austere, bitter as heck, and kinda awesome.


9. Maiale Volante is located near Cingoli, Italy, in the Marche region on the eastern side of the boot calf, all the way across Italy from Florence. 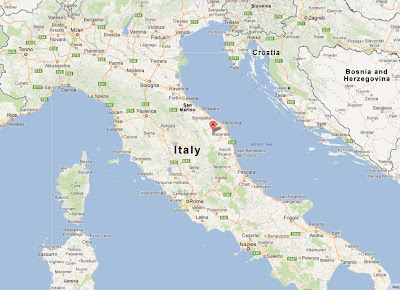