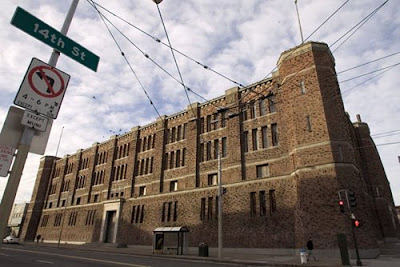 When it comes to the massive, 200,000 sq. ft. brick San Francisco National Guard Armory and Arsenal building, there are two kinds of people: those who have been inside, and those who haven't. 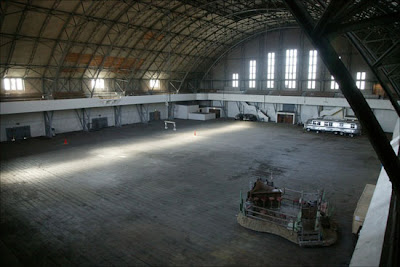 I'm so stoked to see inside this mammoth building, with its "cavernous dungeon-like basements, stone staircases, sweeping corridors, and gigantic drill court spanning almost an acre."


This 1914 reproduction of a Moorish castle, which dominates the corner of Mission at 14th in San Francisco, has been on the National Register of Historic Places since being decommissioned in 1978. 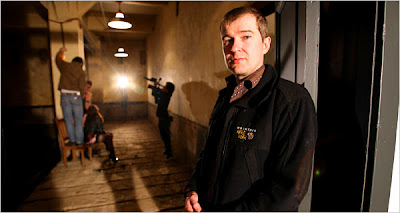 
Molly Freedenberg of the SF Bay Guardian just wrote a terrifically long and detailed piece about the whole shebang. Here's a bit from her report:

"Directly opposite the front doors is the Drill Court, a monstrous space that looks something like an airplane hangar crossed with a European train station. This is the space Acworth hopes will become the Mission Armory Community Center (which would unintentionally bear the same acronym as one of the groups that protested Kink.com's purchase of the armory), a public venue available for sporting events, educational seminars, film festivals, and someday maybe a Folsom Street Fair party. According to MACC coordinator David Klein, a developer who has no affiliation with Kink.com, that dream is a long way off — with plenty of renovations, public meetings, and applications standing between here and there. In the meantime, the Drill Court serves as an occasional event site (such as for the Mission Bazaar craft fair earlier this year) and an employee parking lot."

Check out the rest of her article here; it gets *pretty* interesting!